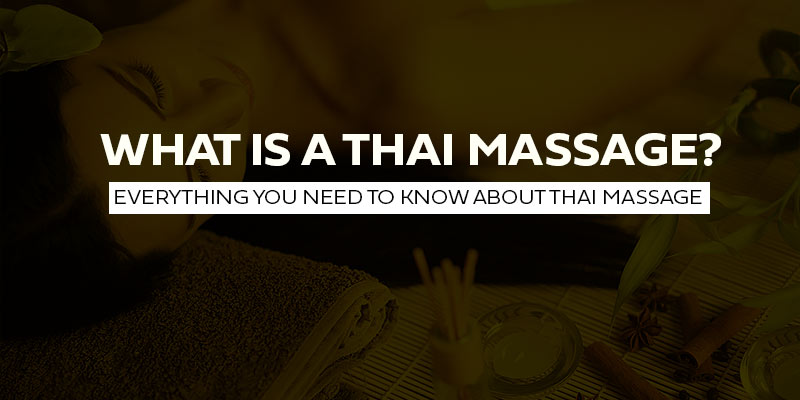 In today's modern generation, technology plays a major part in propelling our lives. In this daily drudgery, the concept of "relaxation" seems far fetched. People find different ways to release tension. It includes a list of activities- fitness classes, yoga, sports, socializing, entertainment mediums and so on. The concept of massage is an integral part of this whole process of relaxation. The first pieces of evidence of massage date back to 2700 B.C and is found in China, India and Egypt.

One of the ever-growing forms of massage is Thai Massage. While it is known as a massage, it is more of a "traditional healing system" in all its entirety. It is known to have combined acupressure, Indian Ayurvedic principles and yoga postures.

It is known as "Nuan Phaen Thai" in the Thai language but is formally known as the Nuat Thai, according to the Traditional Thai Medical Professions Act, BE 2556(2013).

Do you know these Surprising Benefits of Body Massage? 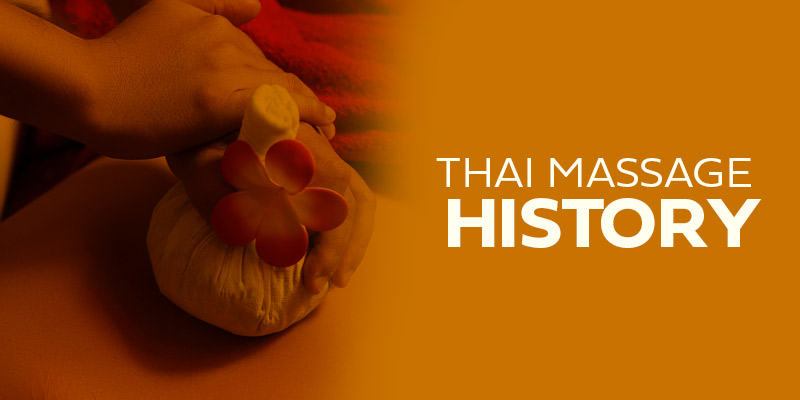 Legend has it that the practice of Thai Massage dates back thousands of years, and was developed more than 2500 years ago by Jivaka Kumar Bhaccha(Shivago Kompara), who was a friend of the Buddha, with immense knowledge in the field of medicine. It still plays a pivotal role in Thailand's medical system, due to its power of healing properties at both physical and emotional level. There is a distinction between the "Northern style" Thai massage which is slower and gentler and the "Southern-style" which is more intense and faster.

There are differences in the practises associated with the massage when performed in Western and Thai contexts. The concept of Shamanic Healing practices is more regional to the Thai culture. "Metta" or the concept of loving-kindness is central to the massage technique.

What is a Thai Massage:

One of the most striking features of Thai Massage is that it does not use any oils or lotion. Rather, it depends on deep compressing, rhythmic actions, stretching and pulling. The motion, vibration, pressure, tension helps in blood circulation and a particular region can be isolated and focused on. It is performed using different body parts like thumb, fingers, palm, elbow or even feet.

Another feature is that it depends on a variety of Yogic positions, which is believed to have therapeutic properties. The concept of "correcting the energy balance through the body" is inherent.

The massage starts with the "extremities" of the body laterally and moves towards the core of the body(medially), and then again works back to the extremities. This process of flow of energy through the energy channels(meridians) helps improve blood circulation throughout the body. It generally follows "sens" or lines throughout the body. The feet and legs of the giver can be used to position the body of the recipient. At Le Bliss Spa, we offer Thai Massage in Chennai across all our branches.

What to Wear during your Thai Massage: 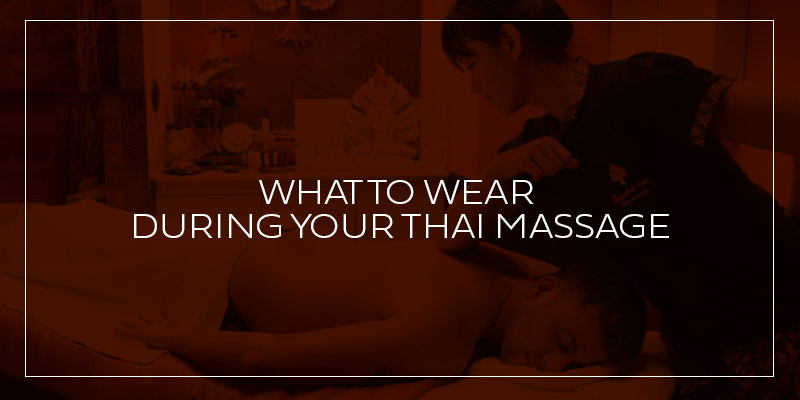 Generally, the recipient wears loose, comfortable clothing and lies on a mat or mattress on the floor. In the traditional way, a room may have up to a dozen recipients receiving the massage in a single room. But Le Bliss Spa - The Luxury Massage Centre in Chennai even Thai Massages are offered in a private room. Pillows and props are often used to comfort the recipient in various positions. Blankets and covers may also be used to keep the recipient warm throughout the session.

The technique has been gaining a lot of attraction in the U.S and Europe and has made its way through India too. Many look forward to it as a method of releasing tension and even as a therapeutic measure.

Wondering where is a Spa Near Me? Le Bliss Spa has branches across many locations in India. All our Spas, including our Spa in Chennai have got many amenities including steam & other facilities that you would normally get in a luxury spa in 5 star hotels.

What to expect during a Thai Massage: 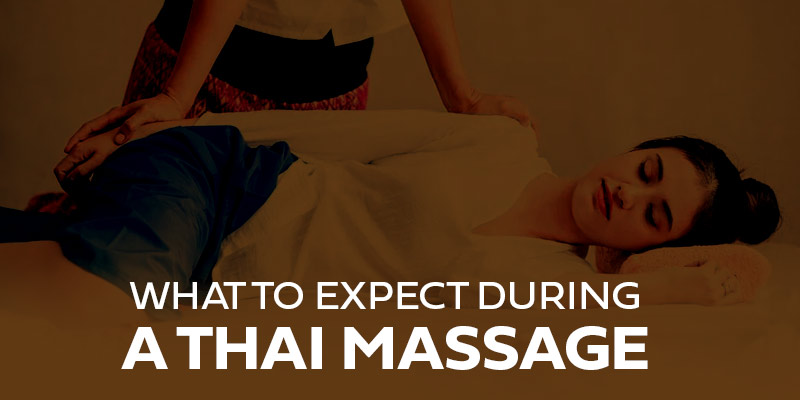 For the first times, a clear picture needs to be drawn as to what to expect in the first session. It can be a bit overwhelming as the experience is completely new. The first thing to keep in mind is that the masseuse will not be using any oil or lotion. Rather than a strip down, the recipient has to remain fully clothed during the session. A lot of importance is given on the material of clothing since it should not restrict the movements. In this regard, it is seen as more of an athletic activity.

A session lasts from 1 to 2 hours. If done well, it has meditative, dance-like quality. Mindfulness, intuition and spiritual focus are things that are touched upon.

The sequence varies from masseuse to masseuse, and from the recipient to recipient. Some sessions spend more time with acupressure and sen lines, while others focus more on stretches. Herbal balls may be used during the session, and heated packets of herbs may be used on various areas of the body to relax them.

The massage starts on the back, not the stomach. It begins with the kneading and rolling of the muscle knots. Then comes the basic yoga postures. At times, it is also known as the "lazy person's yoga"

The therapist sets up the poses themselves, while the recipient lays still. Then comes the pushing and pulling of the limbs to focus on different muscle groups. It may also involve lightly walking on the recipient. 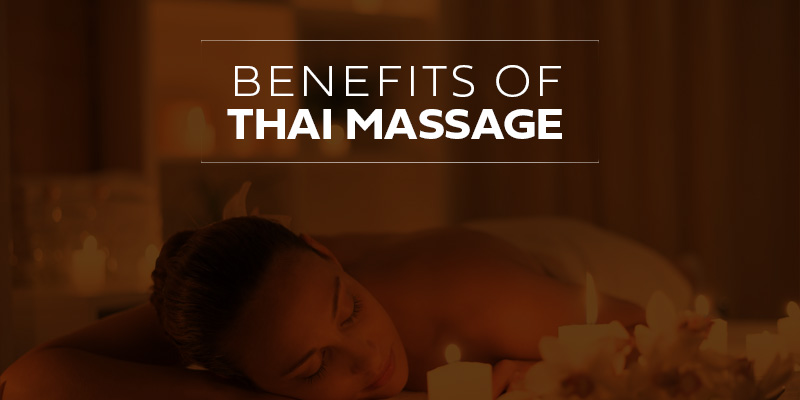 There are several benefits of Thai Massage. First and foremost, it relaxes muscles and relieves pain. The tight muscle fibres can be lengthened using the pulling, stretching active. The stiff knots of the muscles are also untangled. Secondly, the stretching actions stretch the muscles to a sustainable point. This can be beneficial for muscle toning and flexibility. The constant motions help the movement of fluids like cerebrospinal, synovial and the lymph fluids, which helps to improve joint motions. This makes it important for people above their 60s.

Another striking feature is that Thai massage is extremely important in relieving musculoskeletal pain. A lot of times, the tight muscles put pressure on the joints, thus causing pain in areas like the lower back or shoulders. The massage aids in the proper alignment and movement of fluids, thus preventing such pain.

Since the massage regulates proper blood flow throughout the body, it acts as a toxin remover, which in turn improves immunity against diseases.

The most common reasons why people go for this massage is to release emotional or mental stress and get some mental relaxation. The soothing effects of the massage can counter the sleeping problems, alleviating disturbed sleep patterns. Studies have shown that it helps people with bronchitis, asthma, angina, heart diseases, nausea, throat problems, eye problems, shock, schizophrenia, hysteria, various mental disorders, manic depression, urogenital diseases, appendicitis, deafness, ear diseases, impotence, frequent urination, irregular menstruation, praecox ejaculation, uterine bleeding, facial paralysis, hypothermia and diarrhoea. If a person has any medical condition, it is better to discuss it with their physician before receiving the massage.

Do you know Massage Therapies can help you to De-stress? Book for a Thai Massage in Velachery Now!

How to be a Thai Massage Professional:

In order to be a professional Thai massage therapist, a license needs to be acquired which requires at least 800 hours of training. There are various Thai Massage Therapist Diploma Programs, with different levels. Level 1 focuses on full body Thai Massage flow, with different techniques, setting the base for higher levels. It helps to understand how to apply the 4 basics on Thai Massage (meditation, stances, rhythmic rock, and touch techniques using the hands, forearms, elbows and feet), incorporate the practice of Metta, and understand the work of Sen Kalathari(Thai line energy network). Level 2 focuses on Lotus Palm’s 8 elements to customize the massage, depending on the recipient and the giver. It expands the learning on lines, side-lying positions, and group discussion with case studies. Level 3 helps it link to Indian Ayurveda, with profound philosophical learning to enhance the therapeutic quality of the massage. As students learn the fundamentals of Ayurvedic philosophy and the 3 mind-body constitutions (Vata, Pitta, and Kapha), they will be able to apply these concepts in the context of a new 60-minute massage flow. Level 4 begins with a complete review of the techniques, learnt in Level 3 with further learning on philosophies, including the learning of Marma points(pressure points), Ayurvedic nutrition and lifestyle.

Are you a visitor from Chennai? You should definitely visit our Luxury Spa in Velachery. We offer Body polishing, Foot & Head Services and also Body Massage in Velachery. If you are from Madipakkam or other neighbouring areas and looking for Massage in Anna Nagar, Le Bliss Spa Velachery is just a few minutes away.

In India, massage and spa have gained importance and the sector ranges around 11000 crores. It is estimated to grow in gargantuan proportions in the upcoming years. Thai massage has gained immense popularity. There are plenty of opportunities for Spa Franchise In India Chennai is one of the hotspots for a good session. The average Thai Massage cost ranges from 2000 to 6000 rupees. It averages around 2000 rupees at Le Bliss Spa.

At Le Bliss, apart from Thai Massage, we also offer Couple Massage in Chennai and other Le Bliss locations. We use some of the Best Oils for Massage.